The story of the green Lamborghinis

Last weekend Style & Race visited the Austrian Team GRT Grasser Racing. The team boss Gottfried Grasser told me more about his first steps in motorsport, how he started to work with Lamborghini and of course also what goals the young team has in racing. 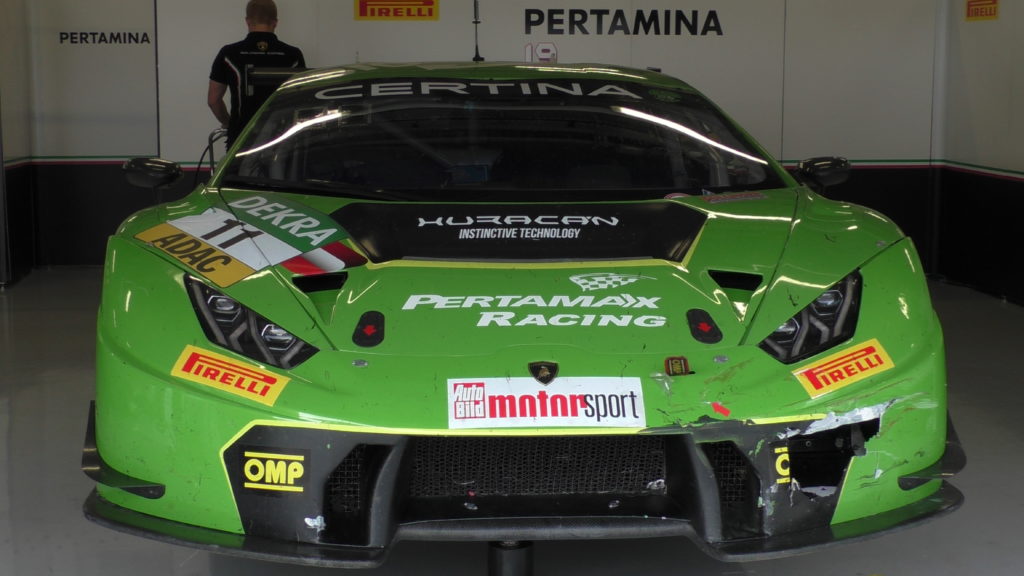 How did you get into motorsport and what made you want to decide to create a team?

In comparision to other teams we are very young. How we got into motorsport is really easy: I grew up five mintues away from Red Bull Ring and of course as a young boy I used every opportunity to be there. At the age of 12 I started karting myself. A friend of my father owned the kart track at the Red Bull Ring. Together with a friend I even started my own racing team. I started competing at state level up to formula 3 and formula 3000 Junior and was even able to test for Minardi. 2002 I had to quit due to sponsoring problems related to the financial crisis. I went back to working at the family business, a car dealer, but knew that I didn’t want to grow old in there. This is why I started to buy race cars, repaired and sold them afterwards. We even built, designed and developed our own GT car. Seven of those were sold to customers. But this stayed a hobby because of the financial situation.

2011 I had the first contact with the GT3. We bought a Viper and firstly competed in the GT Masters. Back then we had an old circus trailer where we placed the car, a toolbox and a toaster in. This is how we drove to the races. Let me tell you – we weren’t successful at all 🙂 But even from that time there are still employees with us in the team. This is how it all started with our friends. After a while we decided that the Viper was not good and bought a Gallardo instead. This is how we started to work with Reiter in 2012 and to use GT3 cars.

In our first season in 2013 we were vice champion in the FIA GT Pro-Am categorie. 2014 even on third place in the Blancpain GT championship. GRT Grasser was the most successful Lamborghini Gallardo Team. At this time the division of Lamorghini Motorsport was not active – we only did it with the private entry with Reiter. Lamborghini contacted me because they were building a new GT3 car and they wanted to know if I’d like to participate in the development for the Huracán.

This was of course one of the events that let our team grow. In 2015 we started with the development of the Huracán with Squadra Corse Lamborghini and now we are here.
“I can proudly say that we are one of the best Lamorghini teams.” 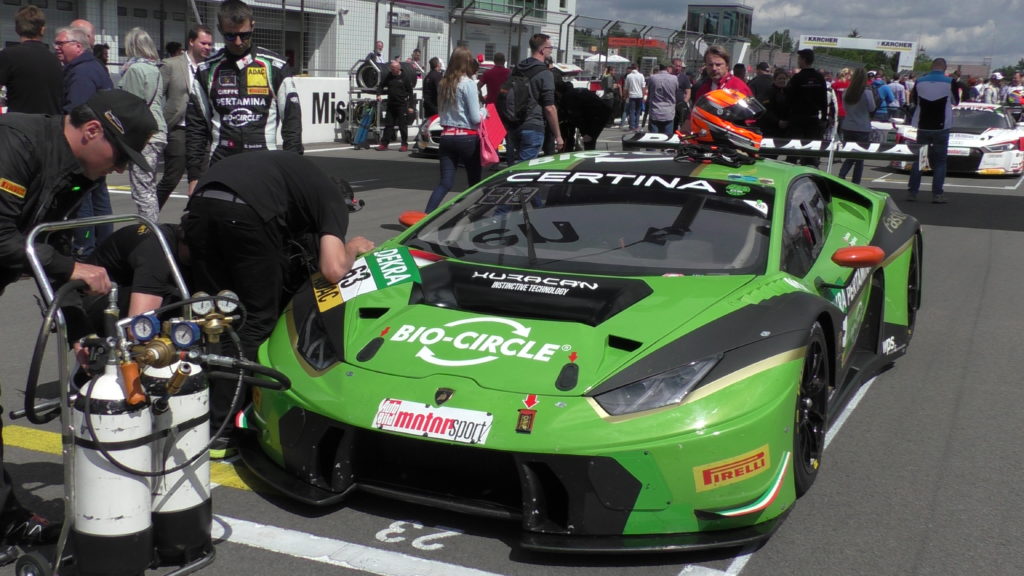 Is there a personal goal you’d like to accomplish with the team?

Clearly my goal is to always be one of the best GT3 teams worldwide. I think we are on a good path so far!

Personally I have a few smaller goals for example winning the 24h race in spa! I think this would have to be one of the most amazing moments. Of course for the future winning Le Mans is also a goal we are working towards the next two or three years.

What was the most memorable experience in motorsport so far?

For once Monza 2015, where we entered the race with a brand new car that had never driven one meter in a race before. We won that race! This was for sure one of the most memorable experiences. No one had been able to do it before – winning the first race with a new manufacturer in such a high series.

My roots are very important to me – this is why one of my personal highlights was the Red Bull Ring win last year. It was almost like in Monza, we had our first race in the GT Masters and were able to win the home race on Sunday. A childhood-dream came true!

Let’s look back at the 24h race in Spa two weeks ago. How did it go for you?

We learned a lot at the races. At the 24 hour races it’s important to be able to do the entire race and not make mistakes. This is exactly what we did. But this is not enough anymore. Looking back we would have been able to secure a fourth place last year and even a podium place two years ago with the performance we had this year. The GT3 keeps on getting stronger! The truth is that you can only win Spa as a factory team. With a private entry, as in our case, you are not able to do it. With a lot of luck you can reach a podium place but winning it is impossible.

What does the preparation for a race look like in general?

It’s always the same. The cars need to be taken down, rebuilt and of course in a race intensive time you have to collect a lot of energy. We always give 100% no matter if we participate in a small competition or a 24h race.

Should I ever be in a position where I only do races to earn money I’d quit motorsport. I always have to know that I gave it all I’ve got. This is my philosophy in motorsport and anything else I wouldn’t want. 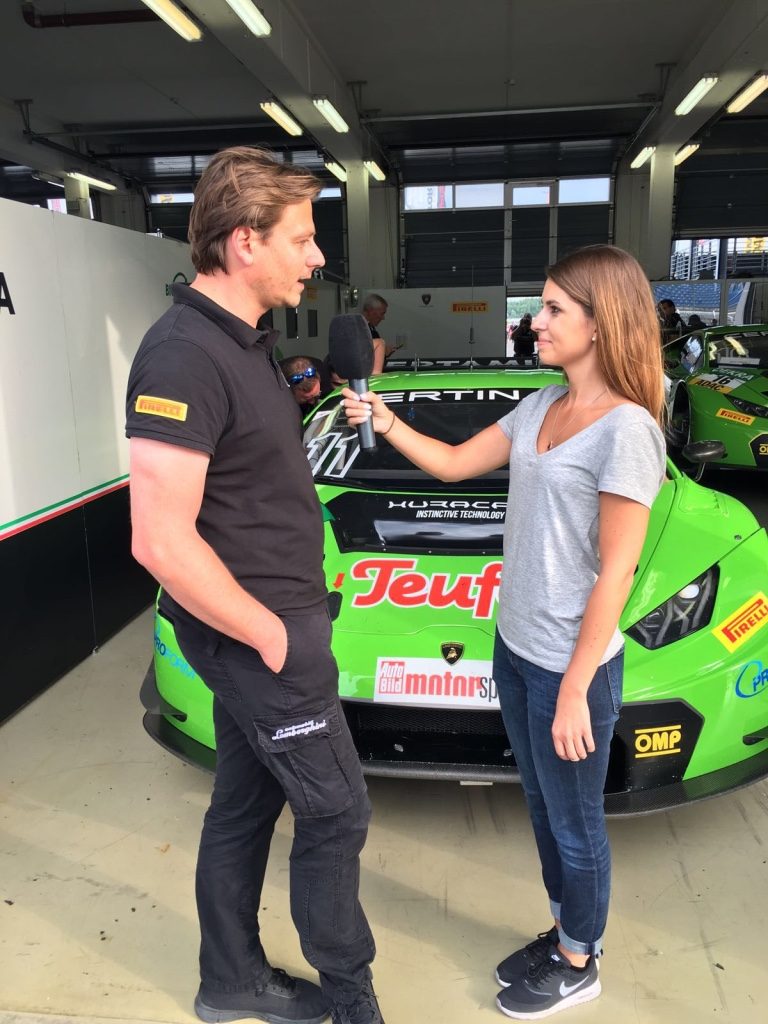 This attitude is of course also important when it comes to drivers. How do you select the team drivers? What is important?

The team spirit has to be there! Doesn’t matter if it’s a driver or a team member – this is most important.

The GRT Grasser Team is on 5th place in the GT Masters driver championship with Rolf Ineichen and Christian Engelhart at the moment, followed by Luca Stolz on P 15. The Austrian Team is on P4 in the team championship. In the Blancpain GT Series they are on 8th place.

Don’t forget: next week you have to keep your fingers crossed again for the nice Austrians in their green Huracáns! August 19-21 the next round of the GT Masters is held in Zandvoort, NL. 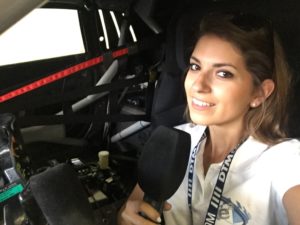 Filed Under: Blog EN
German GP – another win for Lewis Hamilton
Joey Mawson – reaching for the next win in Formula 4