Miriam Höller, you may know her from Germany’s Next Top Model, is a real power woman! No matter if as interviewing stunt woman or as action model – she is always going strong. Not long ago she chose to take another step and participated in the racing training to start in the Audi TT Cup. I’m sure we will hear a lot more about the nice blonde in the future! 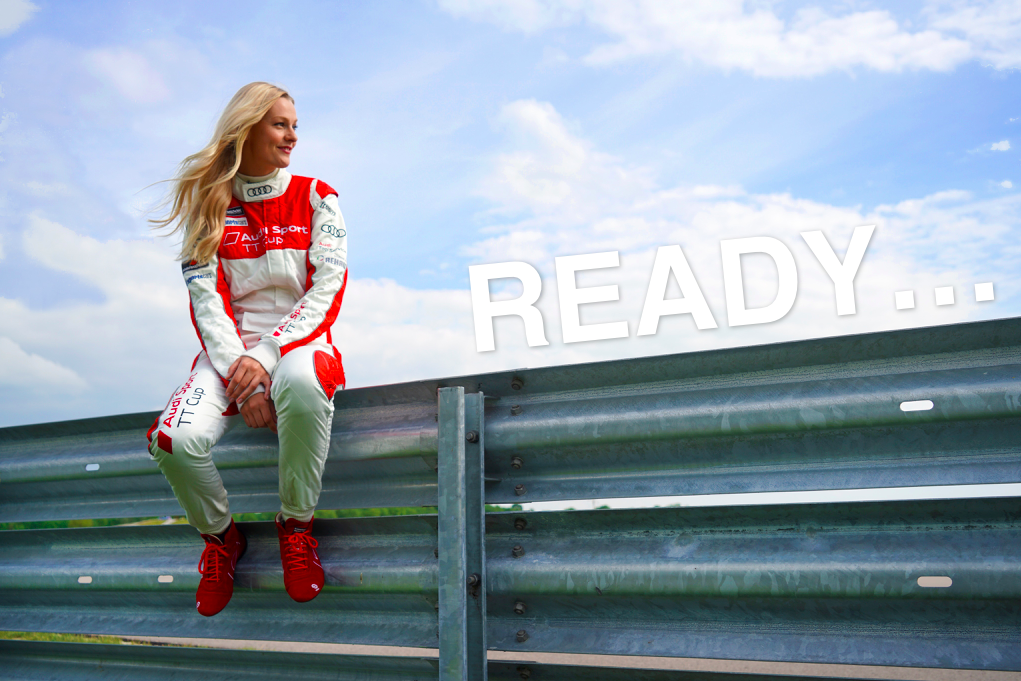 Miriam, you are an interviewing stunt woman and action model. When did you discover your passion for these extraordinary activities?

Early on as I always was more a tomboy than a sweet girl. Growing up I spent a lot of time with guys and loved to measure myself with them. Later on in my career as stunt model the dashing handling was good because I knew very early that this is what I wanted to do in life. I loved watching action movies and hoped to be one of those action heros one day.

Regularly you appear on „GRIP – Das Motorsportmagazin“ and „Alarm für Cobra 11 – die 11 spektakulärsten Stunts“ and prove your stunt and driving abilities. What’s your goal in the TV world?

The question reflects on what I’m standing for. Action, adventure, sport, car… Because of my stunt career I grew up in a world where men are very dominant and I learnt a lot about cars, action but also the risks and limits. This is what I can apply to my presentations now. For me it’s important to be myself, to be authentic and talk emotionally about what I’m going through and think of to connect with the audience. 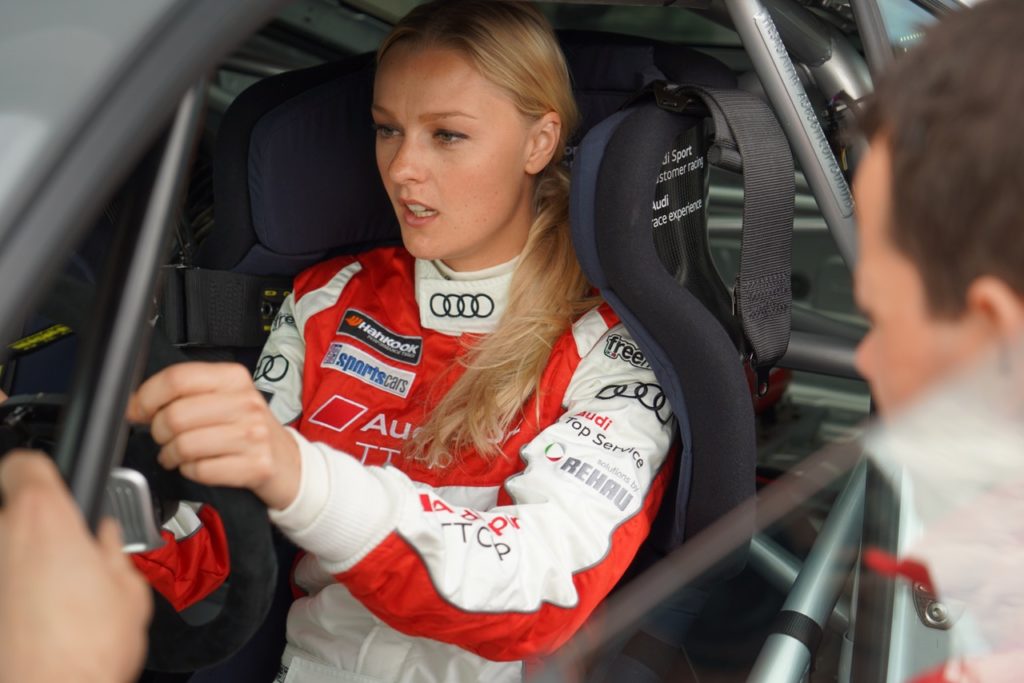 In May 2016 you successfully completed the driving training at the Audi Driving Experience Center and participated in the Audi TT Cup shortly after. Will we see you more often behind the wheel now?

I don’t think so, after all I’m not a race driver. The reason for my guest start was the presentation at the 24h Nürburgring race. I participated in the Audi TT Cup so tell the audience if someone who didn’t grow up racing with carts was able to become a race driver and also if someone like that had the chance to compete in the front of the race. This is what makes tests and adventeurous presentations are all about. I soon realized that you really have no chance and that winning and loosing is very close in the race sport. It was yet another amazing job to get the audience excited about this sport and the adventure behind it.

With RTL Nitro you were able to beat the world record for the longest TV-coverage of a live sport event iwht 25 hours and 50 minutes at the 24h race at Nürburgring. What are your thoughts on the 24h race and who were you keeping your fingers crossed for?

As child I was able to go to a 24h race with my Dad but of course perceived it totally different than today. It was a great experience to be this close to the teams and fans in the pits and to provide the audience with these feelings. But to be honest after 25 hours and 50 minutes I was exhausted because of the many impressions because one thing is for sure – the motorsportfans are real hardcore fans who know how to party all the time.

Over the last couple of months you were able to get a taste of racing behind the wheel. Is there a particular race you’d like to participate in?

Driving in the Audi TT Cup I noticed how especially important the connection behind human and machine is. Throughout the entire training, qualifying and race I wasn’t one with the car which was totally different when I drove in the VW Scirocco Cup in 2010. I’m sure it would have turned out to be a love story if I had had more time to know more about the car and how to handle it. But this way it stayed a fight between two gladiators The 24h race itself is really appealing because it’s a big difference wheter you are alone in a car and drive for the win or to tacticaly keep up the race and the motivation for the team.

Are there more races planned already?

No unfortunately not because I’m booked until the end of the season shooting for the new car series „Autoquartett“ on RTL Nitro which will air in fall. A genious series for car lovers who liked to play cars when they were kids. We now play with real amazing cars and also have a celebrity as guest which will for sure be a lot of fun for the audience to watch us win and lose. But after the winter break I’ll keep my eyes open for new race adventures.

The women in motorsport are short-handed. What do you think of this topic as real power woman? Are there any advantages or disadvantages?

I think it will always be that way that with a view exceptions women and men will always stay in their areas. But that doesn’t mean that these exceptions shouldn’t be taken seriously and be appreciated. You can often see it in racing series women are participating in. What man would like to lose in a man dominated sport to a woman? No one. This is why us women bring some fire to the action.