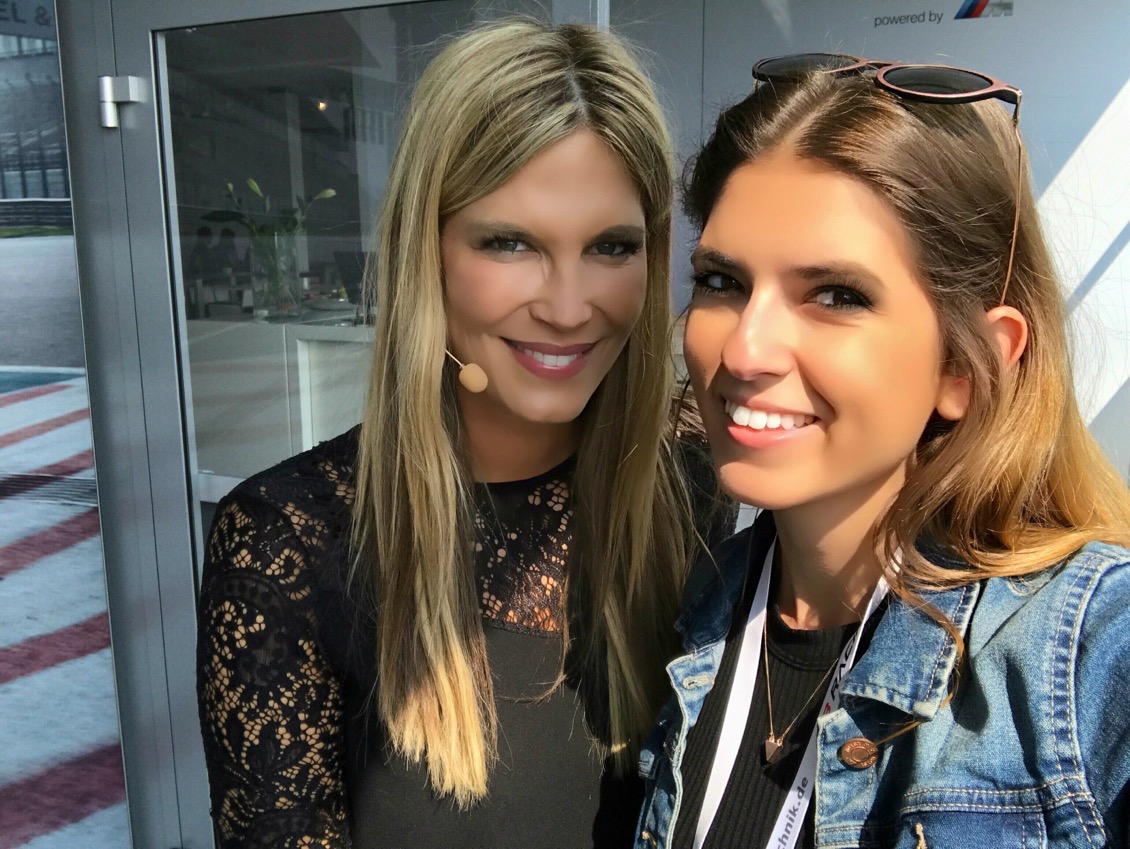 Which DTM Fan doesn’t know her? For almost ten years Verena Wriedt has been presenting the series in English,  broadcasted in more than 220 countries and regions. Style & Race met the charismatic journalist, who is a ntv-, event- and DTM anchor, for an interview and talked with the Berlin based power woman about her entry in the motorsport world, her style on track as well as about her favorite memory with David Coulthard. Read now about what driver Verena thinks is sexy and how her preparation for a race looks like!

Verena, did motorsport always fascinate you or how did you get started?

Already a couple of years ago I followed DTM and Formula 1 a little bit when I got a call in 2008 that they were looking for an English speaking presenter for the DTM. I took a chance on the project because at the end of the day, I’m a journalist who can prepare for any topic. Additionally, I always found motorsport exciting and just tried it. Now, almost ten years later, I’m still at the DTM! It was a coincidence I’m very thankful for, because motorsport is fascinating and I love my job! Back then I was also able to do some things for Formula 1, hosted a couple of premieres for Mercedes Benz and had the pleasure of presenting the world press conference of Michael Schumacher’s comeback.

You get to meet a lot of different drivers. Do you have a favorite one?

Because I meet a lot of drivers it keeps on getting more difficult to answer this question. I know a couple of them for years. Let’s put it like that: There isn’t one that I don’t like. But I have to say that I’m a very big fan of David Coulthard! He is an amazing man, a great commentator and a person you could steal horses with.

How does your preparation for a race weekend look like?

I have to say that I usually just listen to my feeling. I’m a very spontaneous person and this is why I don’t prepare a lot. Of course I have topics like the regulations always in my head and the drivers I mostly know for many years already. At the end of the day I just watch the qualifying and race and then decide what questions I’ll ask.

This season, the cars got reduced to 18 in DTM. What do you think about this change?

I personally think that it’s a good change. 18 is a number that allows you to concentrate on each driver. It makes it easier for fans to keep the overview.

DTM and F1 of course! But I also think that Rallyecross is really exciting. For example, I like Mattias Ektröm as a driver a lot. At an event we talked a bit about the series that I didn’t know anything about before. In the meantime I’ve become a huge fan! It’s a great series and it’s worth to push it further.

Another topic, that might not be so sexy up to this point, is Formula E. On one hand it’s the future but on the other hand they also have great drivers! When the race is held in my home town, I’ll be there with NTV to talk further about it. That’s something I’m looking forward to!

You always have a lot of fun activities on and off track in front of the camera. What’s your favorite memory so far?

A couple of years ago I hosted DTM backstage and ended up in the motorhome of David Coulthard, which is very luxurious. He showed me his truck and also pointed out his laundry room, in which he likes to wash his clothes to relax. I of course thought he was just kidding, because that doesn’t really go with the sexy image I had in mind. At some point we even talked about his underwear and we had a lot of fun. That’s the fantastic thing – especially in the DTM you can really get to know the drivers and have a lot of fun with them. 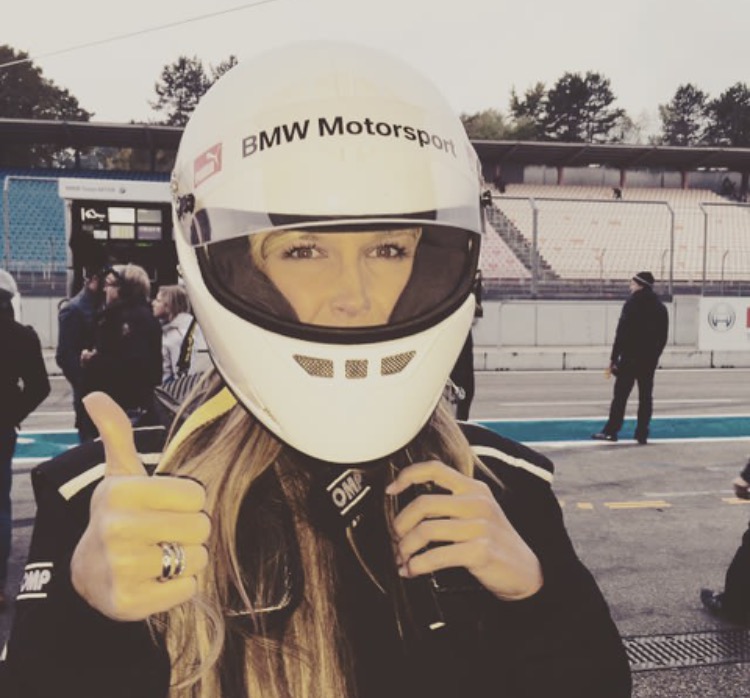 How would you describe your style on the racetrack?

Because I’m presenting the DTM live, I have to wear a race suit during qualifying and the race. This is why I keep my clothing comfortable with a black legging or tights, a tank top and something above that is easily taken off. This is how I can quickly jump into my suit. It’s therefor no secret that I usually have messy hair 🙂 There isn’t a make-up artist in motorsport, there is no room for vanity. But that’s also what makes it so authentic!

What’s your no go on a race weekend?

High Heels are a no go for the race track. Of course the styling is a big factor in Formula 1, it’s about being seen. But I have to say that I wouldn’t wear them.

During one of my first races about ten years ago, I wore open sandals. The security didn’t think it was very funny, because you are obligated to wear closed shoes on track. 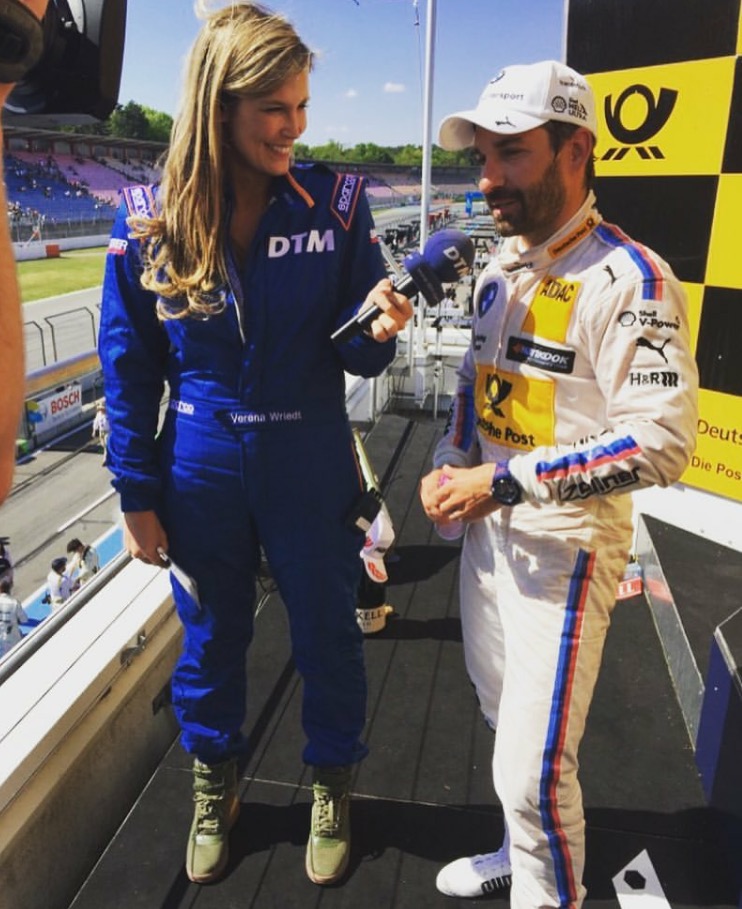 Which one of the race drivers has the best style?

I have to say that I usually only see the guys in their race suits or the team wear. Maybe not everyone will share this opinion, but I’m a huge Lewis Hamilton fan! I follow him on Instagram and I just think he is amazing. He is sexy (even though he is tiny) and I like his style.