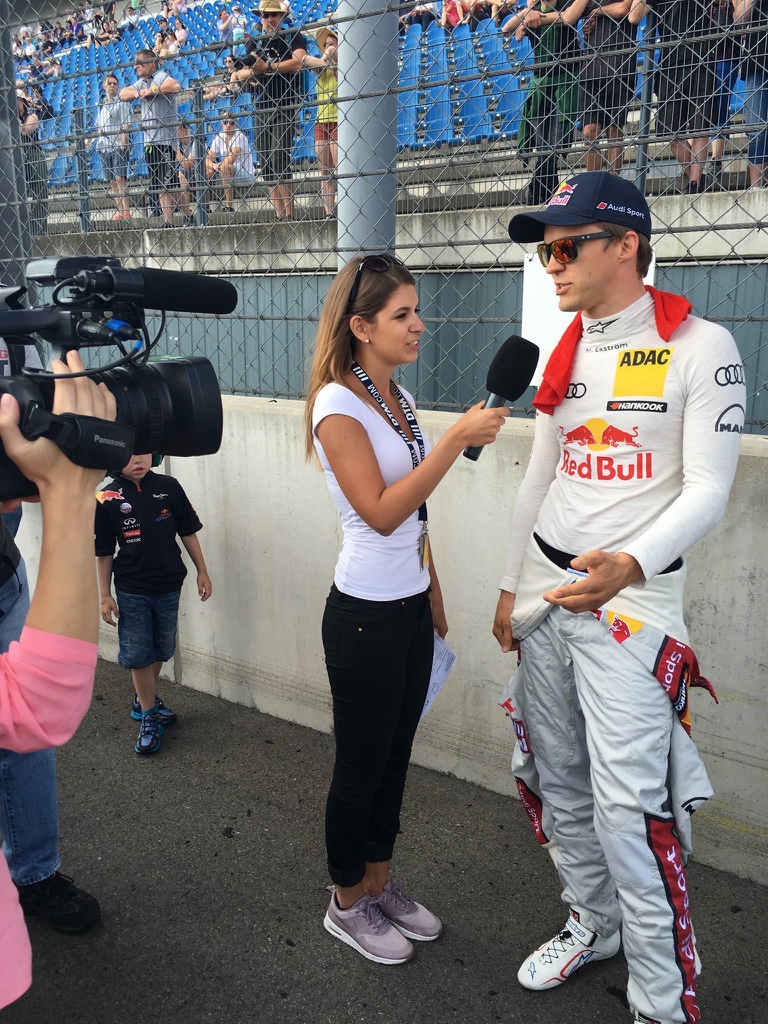 After eight years the DTM finally was combined with the ADAC GT Masters again from June 3-5 2016 at the Lausitzring. About 67,500 spectators used this chance to check out the race action at the track – and of course the e2 TV camera team and I were live at the scene as well.

Daniel Abt, Robert Renauer, Norbert Siedler, Gerhart Tweraser, Sebastian Asch or the DTM professionals around Lucas Auer, Maximilian Götz, Marco Wittmann – we got to chat with them.

An “old stager” in the race sport is Mattias Ekström who took his motto “go hard or go home” literally in Spielberg. With statements of “Pappnasen” and “clowns” he decided to take his anger out on the Mercedes pilots. At Lausitzring he took home the 6th place in the first race and second in the second race.

In the interview with the Audi driver I didn’t only want to know what he thinks of his opponents but also get more information on his background in motorsport. After all he doesn’t only list the DTM championship titles of 2004 and 2007 in his CV but also a strong and successful Rallycross presence with his team EKS and a short excursion to the american Nascar series.

You want to know more about the race driver?
Have a look at the interview: