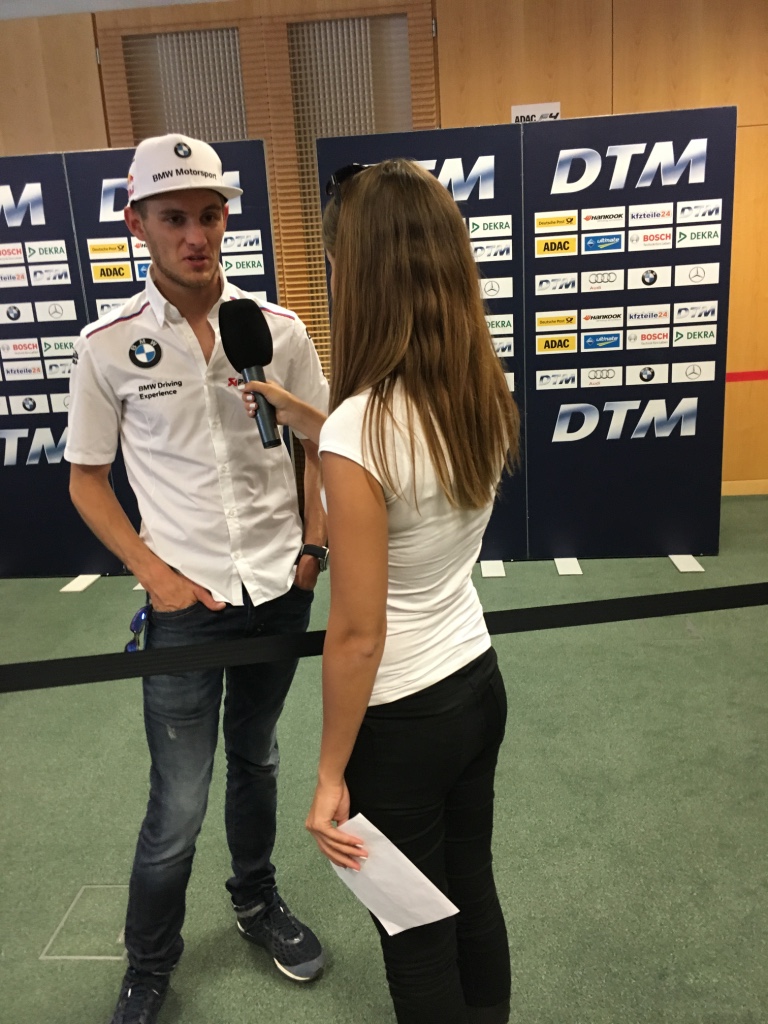 The fourth race weekend of the DTM at the Norisring was not only shaped by the attacks Mattias Ekström was involved in but also by the atmosphere of more than 120.000 fans. Especially supported was of course the BMW Team RMG pilot Marco Wittmann who was able to show a solid performance at his home race.

After the eight race of the season the guy from Fürth is on top of the driver overall standing with 75 points. At the previous weekend the BMW pilot was able to collect important points for the championship with his fourth and sixth place.

The start number 11 in the Red Bull car was already successful at the Lausitzring. We met Marco there after the Saturday race. Upon the question if a development like in the case of Pascal Wehrlein would be interesting for him too we got an answer with a smile. “Good question. I think you always have to evaluate if you rather drive in the last row in Formula 1 or if you prefer to drive up front in the DTM.”

We will see if the BMW driver can increase his leading position at the next race weekend in Zandvoort from July 15 to 17.