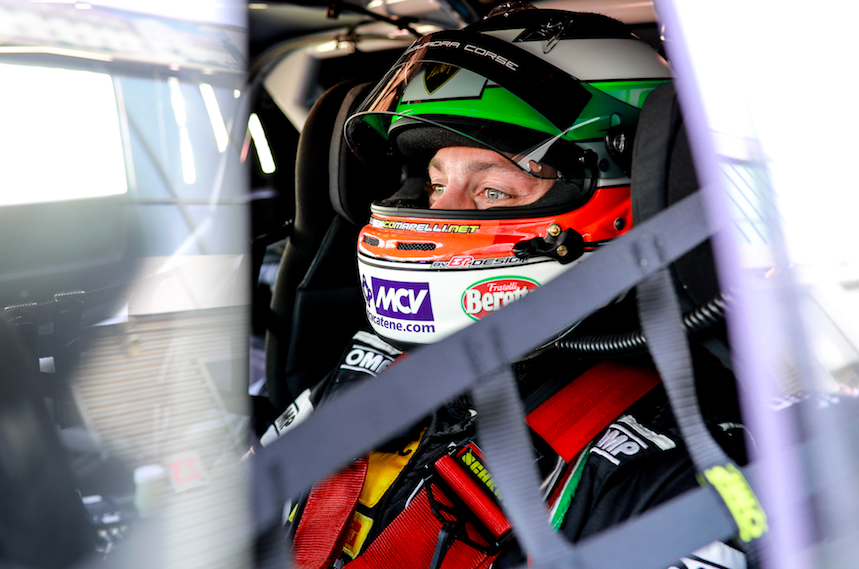 Before the ADAC GT Masters championship will continue at Red Bull Ring, it’s time to have a chat with Marco Mapelli. His dreams, the life as a Lamborghini factory driver and who his idol is: The Style & Race interview with the Italian.

When did you start your career in motorsport?

I started when I was seven years old. I have to say that my family wasn’t passionated about motorsport. Only my uncle did some karting at that time.

If you would not be a race driver, what job would you have?

I think I’d do something with endurance racing and competitions.

Do you have an idol in motorsport?

As an Italian, was it always a dream of yours to be part of a team like Lamborghini?

Lamborghini is an amazing team! I’m very lucky that they put their faith in me and that I can share my passion with them.

Marco, what does the life as a factory driver look like?

Well, what can I say. I wake up and I get to do what I love the most. Whenever I’m not testing or racing somewhere around the world, I like to workout. I’m a big fan of Triathlon and started with it in 2009. Sometimes I wish I’d have more time for it.

So far, what has been your biggest achievement in racing?

In 2010 I won the Italian GT Championship. But what’s really special is that ever since 2009 I was in the top 2 of each complete championship I participated in.

Wo you have a specific goal in your career?

It would be amazing to win one of the famous 24h races like the one at Nürburgring. Other than that I just hope to be able to do my job as long as possible.

At the moment you are competing in the ADAC GT masters as well as the Blancpain Series. Is there a big difference between the two series?

There are not a lot of differences actually. I always see the same drivers, some tracks are more demanding than others but it’s extremely important to know them well and to benefit from that knowledge.

2017 you are driving with the Austrian Team HB Racing in the ADAC GT Masters. How would you rate their potential?

HB is a rather new team but very dedicated and ambitious to do a good job. Step by step we will improve our performance!