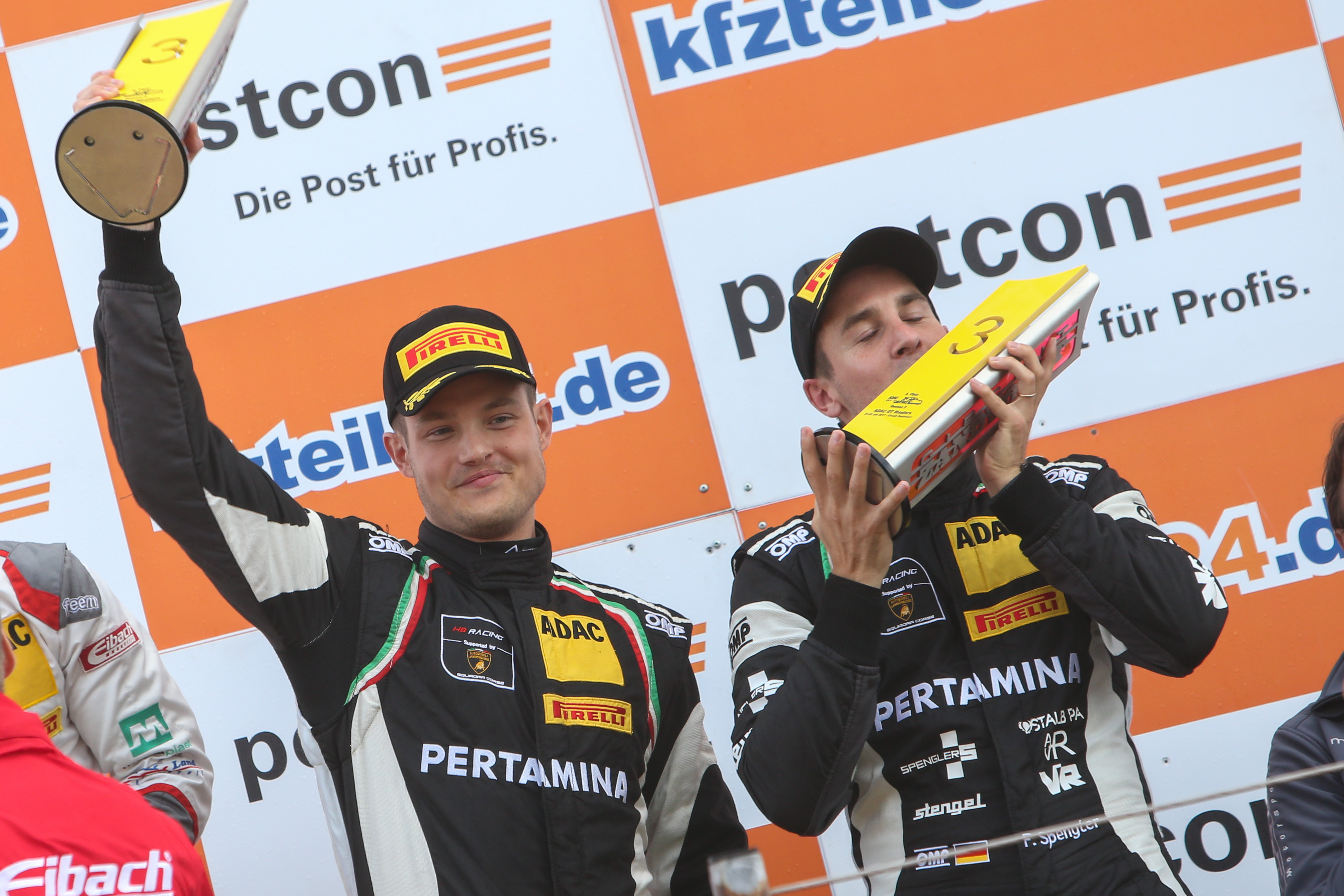 I’m already on my way to the 24h race in Spa, but before that trip it is time for a recap of the ADAC GT Masters in Zandvoort. One thing has to be said upfront: HB Racing had a reason to celebrate! 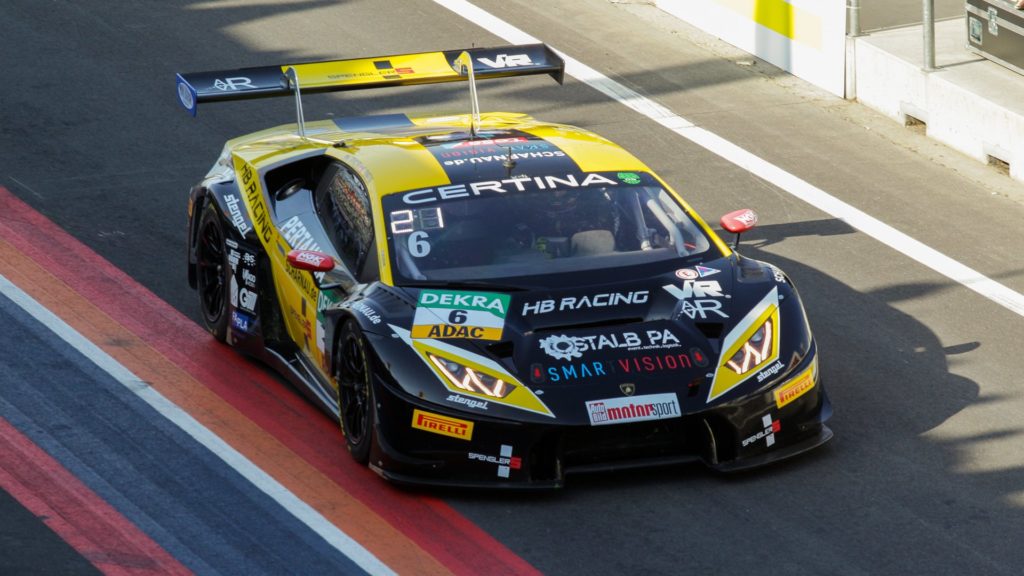 Last weekend the fourth round of the ADAC GT Masters took place at Circuit Zandvoort. The race in the dunes promised to be interesting because rain was forecasted. With the positive result of the season 2016 on their minds (last year the team celebrated their first podium on this track), HB Racing traveled to the Netherlands to score more points.

While the start number six (Norbert Siedler/Marco Mapelli) didn’t do as well as they were hoping in the qualifying, especially Florian Spengler and Christopher Zanella proofed their skills. They finished Saturday with one point but that should only be the beginning. The race on Sunday started from positions 17 and 19 for the two cars and their drivers but the chase was on immediately. Spengler and Zanella had a great pace and took their well-deserved first ADAC GT Masters podium in the rain race. Third place for HB Racing! That’s not only a fantastic result for the drivers but also for the young Lamborghini team, competing in their second year in the highly competitive series. 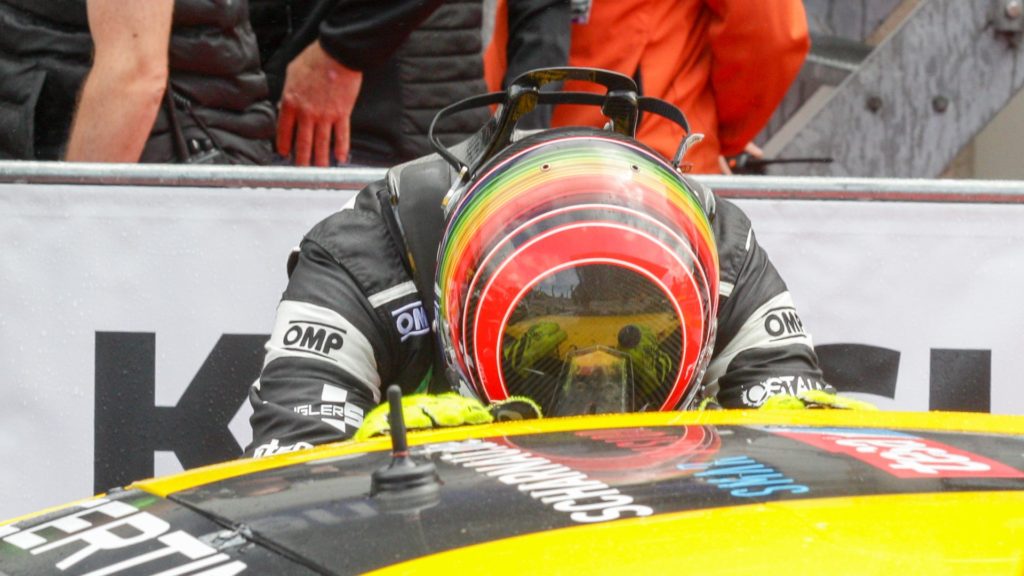 Bad luck followed one of the quickest race drivers of Austria, Norbert Siedler, and his team colleague, the Lamborghini factory driver Marco Mapelli, again. A tire damage ended the first race early. On Sunday the signs were quite positive when the Huracán GT3 went from P19 to the sixth place but Siedler got a drive through penalty and therefor ended the race on  20th. 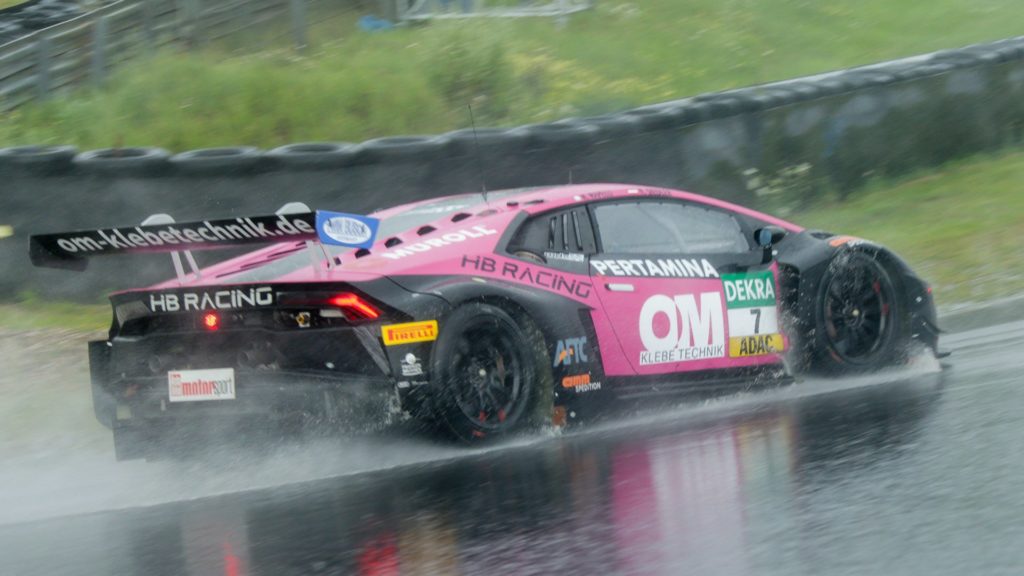 From August 4th until 6th 2017, HB Racing would like to continue with their recent success. Then the good luck of the sister car is also supposed to come back and the goal is to secure points with both Lamborghini Huracán GT3s. But first, let’s have a look at another season highlight: The 24h of Spa-Francorchamps.